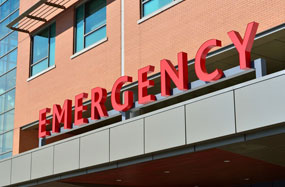 At last weekend’s Skrillex concert in Chicago, sixteen audience members were hospitalized for various drug-related complications. Of the sixteen, many of them were underage. Fortunately, there are no reports of any serious injuries.

In an interview with a local NBC affiliate, Andrew Bazos, head of security for the event’s promoter, said, “If their parents were there, they would have gone home with their parents … It’s not fair to make the promoter take care of kids who don’t know how to behave. … They’re young, and they’re often irresponsible.”

This seems to be an alarming trend, as people were recently hospitalized at an Avicii concert, and Ultra Music Festival has come under fire from the Mayor of Miami. Still, no one seems to be taking responsibility for these consequences, as these artists are allowed to routinely perform without any regulated safety measures that may serve to prevent situations like these in the future.